025: The Courage to Overcome Abuse in our Homes and in our Country 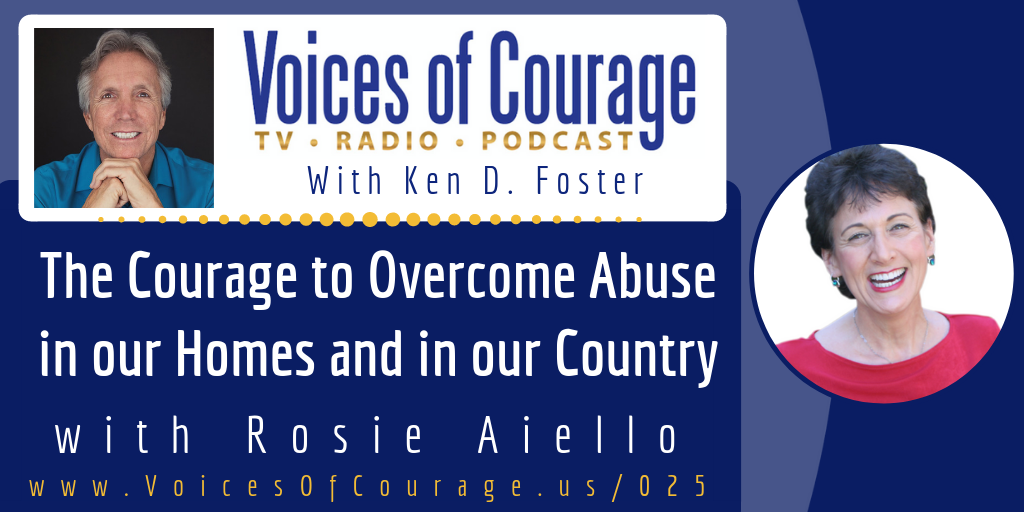 Today we discuss the courage to overcome abuse.

In October 1981 the National Coalition Against Domestic Violence launched a “Day of Unity” for those combatting and advocating against violence against women and children. Soon after, the Day of Unity became a full week also devoted to mourning victims that had died at the hands of domestic violence as well as celebrating those that have survived.

In 1989, October was designated as National Domestic Violence Awareness Month, which is exactly why I felt that our first show of the month should be dedicated to this very topic. There is a lot of abuse and violence taking place in our nation as we speak, whether it’s happening in our communities, in politics, or within our very own homes. It’s time for us all to take a stand and learn how to prevent and end domestic violence.

My guest, Rosie Aiello, was trapped in an emotionally, mentally, and financially abusive relationship for nearly 25 years. She shares her powerful story of engineering an international escape from the Middle East to save both her and her daughter from domestic violence. Rosie shares her inspiring message along with tips for recognizing warning signs, setting boundaries, and overcoming fears to get unstuck from an unhealthy, unhappy, or dangerous relationship. 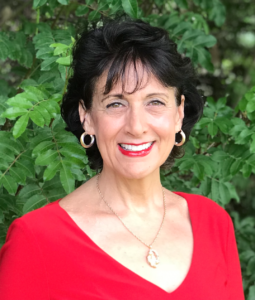 Trapped in an emotionally, mentally, and financially abusive relationship for nearly 25 years, Rosie Aiello engineered an international escape from the Middle East to save her daughter and herself from domestic violence.

Stunned by PTSD and nearly mentally destroyed, she reinvented herself since arriving back in the United States, started her own business, and became a speaker, best-selling author, and an international awarding-winning entrepreneur.

Rosie helps women worldwide reclaim their voice, worth, confidence, and courage so that they can create a joyful, productive, and prosperous life that they deserve.

Rosie and her daughter Sunny are sharing their powerful story of escape, healing, and freedom in their upcoming memoir called: 11 Hours to Freedom.

They are founders of the Love is Kind Network and the Love is Kind Movement, a group on Facebook with the mission to create a global movement to help 1 million + women and their children free themselves from this insidious abuse and to teach them that they deserve to be treated with kindness.

They are the founders of the National Love is Kind Day, July 27th, a day to recognize freedom from abuse (the day they got theirs), and to raise awareness that real Love is Kind, Not Terrorizing.

Rosie believes that the terms Domestic Abuse and Domestic Violence do not reflect what truly is going on behind closed doors; that’s why she calls it: Family Terrorism.

Rosie knows a thing or two about terrorism having lived for a couple of decades in the Middle East experiencing first hand political and military terrorism.

But, she also experienced terrorism in her own home.  She is now on a mission to end Family Terrorism.

“When women are released of the shackles of abuse and terror in their own homes, they can create a joyful, productive, and prosperous life that they deserve.”

“I want you to tell yourself every day, ‘I deserve to be treated with kindness. I deserve to create a joyful life. I don’t have to live like this anymore.’ Your life is more important than anything. I want you to start saying those mantras every single day because the first thing you need to do is really start believing in yourself. I believe in you.”  –  Rosie Aiello