044: From Stardom to Service 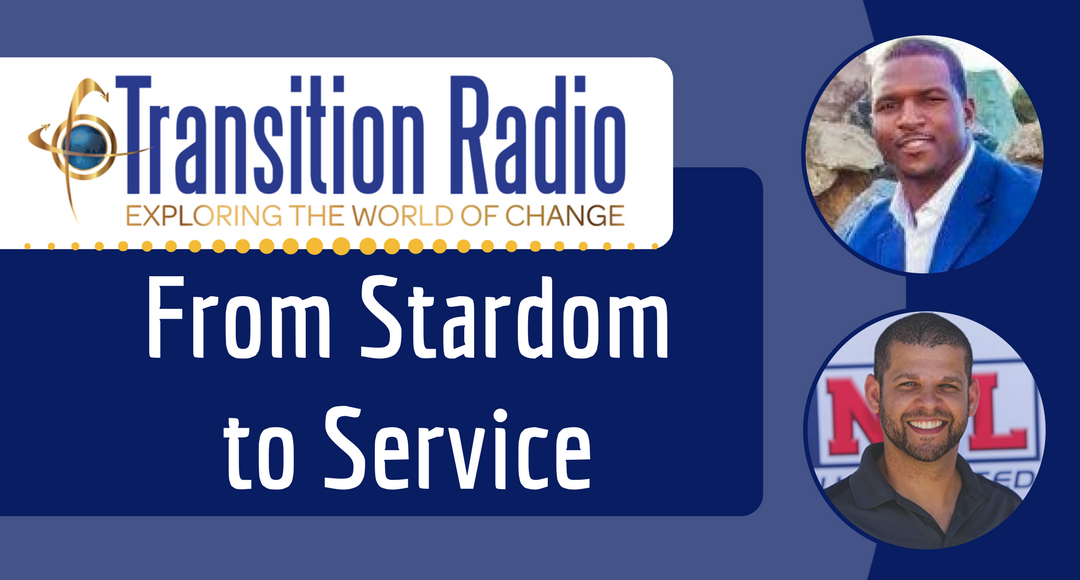 Today we discuss amazing people who have made the transition from stardom to service by making an impactful difference in the world.

With the Super Bowl just around the corner it seems pretty fitting that our guests, Lynell Hamilton, 2010 Super Bowl Champion with the New Orleans Saints, and Brock Watson, the commissioner of NFL Leagues United, are joining us to share how they’re applying their knowledge, experience, and love of football towards making a big difference in the lives of others, especially the younger generation.

“We’re blessed to be where we’re at in our lives and giving back is one of the best things we could ever do for each other.”  –  Lynell Hamilton 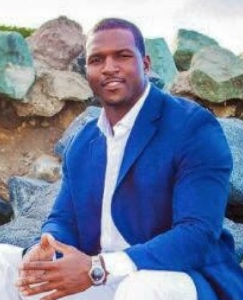 Lynell Hamilton was born and raised on the south side of Stockton, CA. Despite growing up in a community that would appear more eager to expect failures than support successes, Lynell was remarkably able to do just that.

With constant encouragement from his parents who promoted a “never say ‘I can’t'” work ethic, a solid family support system, and an unwavering faith in God, Lynell grew up believing he could. And so, he did.

From the age of 9, he developed a passion for football, and would eventually become one of the top prospects ever to come out of his hometown. Lynell had a remarkable high-school career and was listed by almost every recruiting service as one of the nation’s top 15 running backs.

He graduated from Edison High School in 2003 with honors and more than 58 scholarship offers, which included some of the nation’s top universities and multiple Ivy League colleges.

In 2003, he signed a letter of intent to play football for San Diego State University, where he would go on to start at running back as a freshman for the Aztecs, earning three Doak Walker Award nominations (top collegiate running back), Mountain West Conference freshman of the year, and the second player in league history named first-team all-conference as a freshman.

Despite a college career plagued with injuries – five surgeries on his legs to be exact – determination, discipline, and a will to succeed earned him his ticket to what NFL players refer to as “The Show” – a shot at the next level and a chance to become a professional at the game he loved to play.

Lynell was signed by the New Orleans Saints’ postseason en route to the Saints’ Super Bowl championship win. Following the 2010 Super Bowl win, Hamilton became a first-time father, and lists that as one of his greatest accomplishments. It was the idea of becoming a father that inspired what would later become the Hamilton’s Heart Foundation.

Retiring because of an injury in 2011, Lynell returned to Montezuma Mesa as an assistant coach all while continuing his education earning a master’s in post-secondary education from San Diego State University in 2014. Shortly after graduating, he took an intern coaching position with the Oakland Raiders.

It was during this time that he and a former teammate, Brett Swain, would create a nationwide forum for current and former professional athletes to present themselves as coaches, emphasizing their expertise at specific positions, and Fast Play Athletics was born.

The company and its website are designed to connect agents, speed companies, athletes, and their parents with position-specific coaches whose on-the-field expertise adds extra depth to their experience and understanding of the preparation needed for success. The Fast Play Athletics website currently hosts over 100 current and former professional athletes.

San Diego native and graduate of SDU. Brock played football and Miramesa high school and was named offensive captain in 1998 national all-star team. Brock pursued a career in entertainment where he has served as A&R for an independent label and Warner Brothers. He also has years of youth football coaching experience, 5 of the last years with the non-contact leagues. 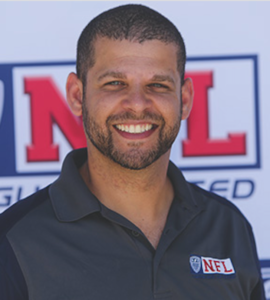 Brock Watson is a San Diego native and a graduate of SDU. He played football at Mira Mesa High School and was named offensive captain in the 1998 national all-star team.

Brock pursued a career in entertainment where he has served as A&R for an independent label and Warner Bros.

He also has years of youth football coaching experience, with five of the last years with the non-contact leagues.

Brock, along with a group of former NFL players, established NFL Leagues United and its non-profit local leagues to offer a new approach to student athletic development.

Youth sports tend to narrowly focus on success-based athletic achievement, but NFLLU aims to bridge the gap between dedication to sports and commitment to academics for youth and high school athletes.

Through their core values of Education, Community, Athletic Development, and Athletic Assessment, NFLLU takes a comprehensive approach to providing student-athletes the tools they need to succeed on the field, in the classroom, and beyond.

NFL Leagues United is the only youth flag league in San Diego that was founded with the specific mission of developing student-athletes and providing valuable resources for kids to succeed on and off the field.

“If you have value to give and you have the ability to give, it’s selfish to just withhold that.”  –  Brock Watson

If you enjoy the show, please subscribe and leave an honest review on iTunes. Your feedback is invaluable!