096: The Emotion Code to Courageous Action 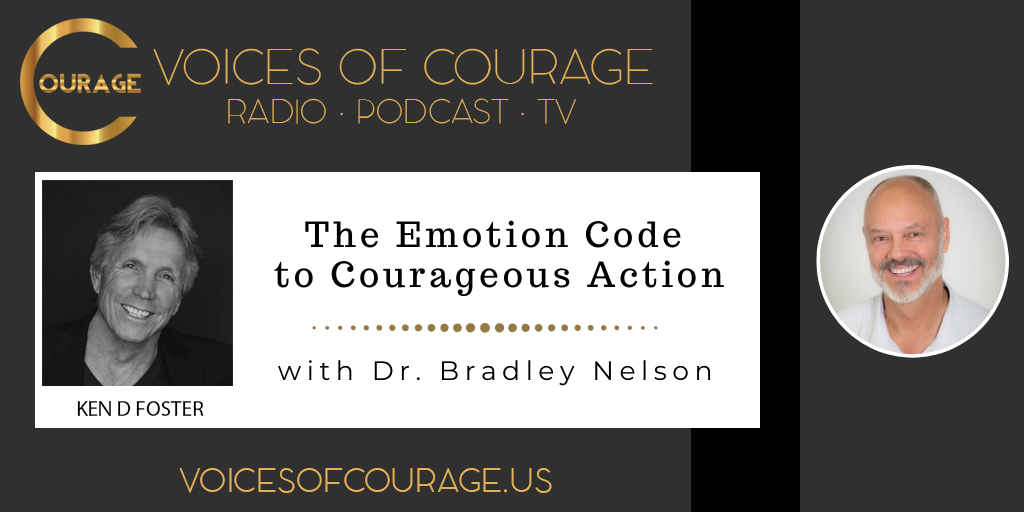 Today we discuss how to let go of our emotional baggage so that we can heal and live happier and healthier lives.

“These trapped emotions–this emotional baggage–which we all have, is interfering with our lives and with our ability to manifest what we’re capable of manifesting in this world.”  –  Dr. Bradley Nelson

Today’s guest, Dr. Bradley Nelson, is a veteran holistic physician, one of the world’s foremost experts on natural methods of achieving wellness, and the author of the best-selling book, “The Emotion Code.” He joins me today to share tools and techniques for uncovering and relieving the emotional roots of illness.

Dr. Brad provides insight on how to identify and release trapped emotions that block us from wellness, transform negative emotions into positive ones, and work with the body’s energy healing power.

“Sometimes an emotion is too powerful, and it’s overwhelming for the body. Some of that energy will remain behind in the form of what we call a trapped emotion, which is a ball of emotional energy.”  –  Dr. Bradley Nelson 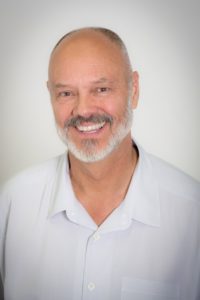 Dr. Brad was raised in rural Montana and practically grew up on the back of a horse. As a child, Dr. Brad suffered two life-threatening illnesses – both of which were healed, not by traditional western medicine, but by separate alternative methods that tapped the power of energy. These experiences were to shape Dr. Brad’s life going forward.

In college, Dr. Brad studied computer programming and decided to pursue a career in business. But just six months before entering the MBA program at Brigham Young University, he had an epiphany. “I had asked God for guidance about my future. One night, I woke up and my mind was overflowing with thoughts of service to mankind and to humanity. The feelings were absolutely overwhelming, and as my head was filled with thoughts of healing and helping the world, a voice that was crystal clear spoke to me saying, ‘This is a sacred calling.'”

In response to this calling, Dr. Brad entered Life Chiropractic College West, in San Lorenzo, California in 1988. After graduating with honors, he began his practice as a holistic chiropractic physician and saw a wide variety of patients, many of whom had seemingly incurable conditions. “I remember my instructors saying that the brain is the most sophisticated computer in the known universe. And I thought, ‘Wow. If the brain is really this super computer, how amazing it would be to access the data that is stored there to unlock keys to help these people heal.'”

Through extensive study in disciplines such as ancient medical practices, psychology and quantum physics as well as the guidance of his own spiritual practice, Dr. Brad discovered that packets of unprocessed emotion were the basis of most conditions. “The body is essentially energy, and emotion is energy as well. When the energy of a negative emotion is trapped in the body, it impacts the body’s self-healing system. These trapped emotions are almost like tumors. At the least, they can obstruct healing. At their worst, they actually create disease and physical problems.”

Using this knowledge, Dr. Brad designed processes that have helped thousands of people achieve greater wellness by learning to identify and release their trapped emotions. “I developed a method of accessing the intrinsic genius of my patients’ subconscious minds. Once the trapped emotion is identified by the subconscious, we use the laws of energy and electro-magnetic fields and employ the Governing Meridian to release them.

Though the process is based on some pretty sophisticated and subtle knowledge, we’ve made it so simple that even a child can do it.” He calls the process The Emotion Code. A key element of The Emotion Code is removing emotional energies that have clustered around the heart, interfering with one’s ability to find love and success. Dr. Brad has coined this cluster of emotions the “Heart-Wall™,” and it has been called “the most important discovery in the history of energy medicine.”

Based on his phenomenal success, Dr. Brad attracted patients from all over the country and Canada. “Somewhere along the line I developed a very powerful feeling that people could do a lot to help themselves. I had a deep, driving urge to empower people. So I began teaching seminars to do just that in 1998.”

Dr. Brad continued his private practice and his teaching until 2004, when he realized that his method was destined for a broader audience. Selling his practice, Dr. Brad devoted his time to writing his best-selling book “The Emotion Code: How to Release Your Trapped Emotions for Abundant Health, Love, and Happiness,” which was first published in 2007. A newly revised and expanded edition of “The Emotion Code” is now available (May 2019, St. Martin’s Press).

“The success of that book has been astonishing to me. It taught me how powerful the written word is. There are people now on every continent and in nearly every country who are using The Emotion Code to get rid of their own emotional baggage and the best part is that they are helping their loved ones to do the same.”

Today, as one of the world’s foremost experts on natural methods of achieving wellness, Dr. Brad spends his time lecturing internationally, writing articles, and developing the next iteration of The Emotion Code (The Body Code) and credential programs for The Emotion Code and The Body Code practitioners.

Father to seven children, Dr. Brad lives in St. George, Utah, with his wife Jean and their two youngest children. 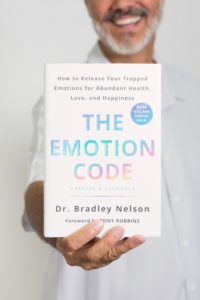 “That emotional baggage you are dragging behind you–that heart wall that you have that was put up as a sensible thing to protect your heart from being broken at some point in your life–that’s disabling you and isolating you from the kind of life that you could be living.”  –  Dr. Bradley Nelson 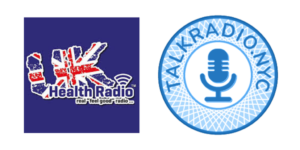