125: The Courage to Stay Positive in Troubled Times with the K3 Sisters Band and Mary Ann Bohrer 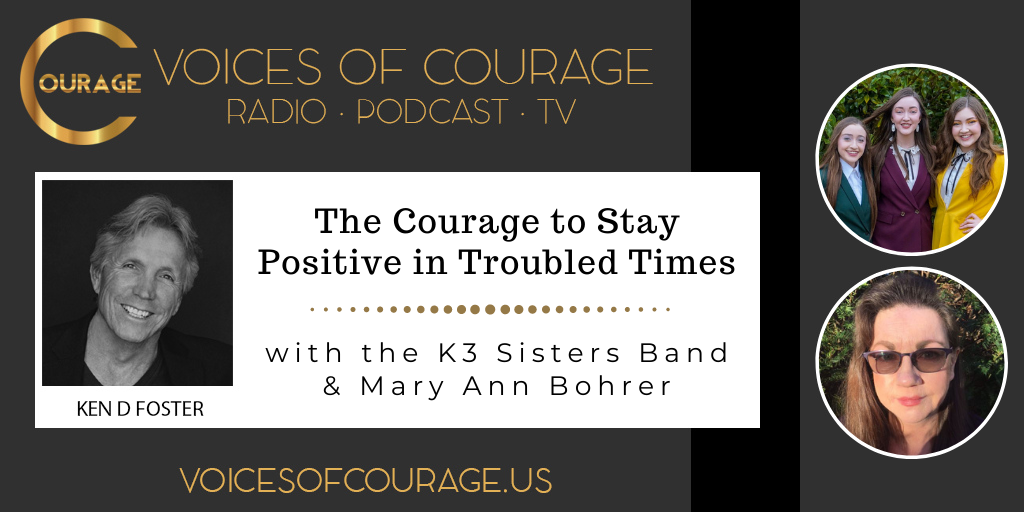 Today we discuss staying positive through troubled times and listening to our own inner voice so we can change our lives for the better.

My first guests, Kaylen, Kelsey, and Kristen Kassab of the K3 Sisters band, are three Dallas-born sisters who have exploded across TikTok and social media, with Teens and Tweens alike falling in love with the girl’s beautiful songwriting and lyrics, funny original videos, and amazing cosplay costumes. They join me today to share how they’ve been able to deal with challenging times, keep their fans entertained when stay-at-home orders hit due to COVID-19, and what it takes to accomplish our greatest goals in life.

My second guest, Mary Ann Bohrer, is a PR professional, communications specialist, author, and intuition advocate who has interviewed some of the most gifted intuitives, scientists, researchers, and academics in the world and shared her findings on intuition and spirituality in her book The Gift Within Us. She joins me today to discuss developing our intuitive abilities, the power of tapping into our own inner voice, and how “The New Spirituality” differs from traditional spirituality.

“Things can easily get you down with anything, but we’ve learned if you really want something, and you have the dedication, you just have to push hard and go for your dreams. When you open yourself up to the universe, anything is possible!”  –  the K3 Sisters Band

About the K3 Sisters: 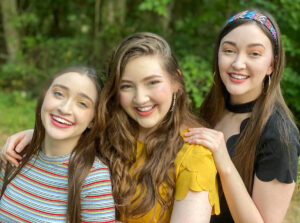 Described by VARIETY as an “All-Female Band Blowing Up on TikTok”, the K3 SISTERS BAND is a group of three Dallas-born sisters Kaylen (20), Kelsey (19), and Kristen (16) who have struck it big on the platform, amassing a quarter BILLION views and 36 MILLION likes on TikTok alone!

Recently selected to be part of TikTok’s “Billion Dollar Creator Fund” due to their influence, the musically talented sisters have found a niche performing harmonic melodies inspired by Harry Potter. They also write and perform their own music for a weekly LIVE show on their YouTube channel every Saturday at 11am PT / 2pm ET.

In just a year, the K3 Sisters Band has exploded across TikTok and social media, with Teens and Tweens alike falling in love with the girl’s beautiful songwriting and lyrics, funny original videos, and amazing cosplay costumes.

But it’s not just Gen-Z who has taken notice, FORBES, GOOD MORNING AMERICA, and VARIETY have all featured the girls, hailing them as the future of music for their fortitude to use TikTok and social media to release their own original content.

Having performed live at venues large and small for years, the girls were ready to keep their fans entertained when stay-at-home orders hit due to COVID19. They set up their own home stage and began streaming live weekly shows on their YouTube channel.

Heavily influenced by folk-rock legends like Crosby, Stills & Nash, Bob Dylan, and Neil Young, the girls have added their own ‘girl power’ twist to their music, with elements of folk-pop, Celtic, country, and rock.

True hippies at heart, the girls released their most recent LIVE album “Earth Day 2020” in April which celebrates nature and Mother Earth with hits like “Cotton Candy Sky” and “California Redwood.”

Most recently, as an ode to their Harry Potter loving fans, they released the single “Queen Bellatrix”. Next up, the girls are releasing a brand new album on Sunday, September 20th called “My Time”.

With parents deeply rooted in the entertainment industry, and a lineage of four generations (on both sides!) of musicians, music and performing was in their blood from the start.

Each sister began studying the Suzuki method of violin at the age of 4, instantly falling in love with instruments and learning how to sing. The girls started performing together at family gatherings, which soon led to local elementary school shows for kids their own age.

Before long they were booking even bigger festivals and shows in the Dallas/Ft. Worth area, including Six Flags Over Texas, the Great Wolf Lodge, Dallas Arboretum, the Tyler, Texas Rose Festival, and the North Park Dallas Mall, honing and refining their skills to perform for large crowds. 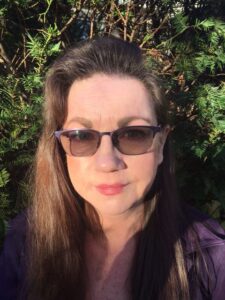 Mary Ann Bohrer is a PR professional, communications specialist, and intuition advocate who has interviewed some of the most gifted intuitives in the world.

She has also interviewed top scientists, psi researchers, academics, and even a leading Catholic Archbishop regarding the topic of intuition, and shares her findings in The Gift Within Us: that each and every one of us – regardless of religious affiliation, or whether they identify as religious at all — has access to this amazing and life-changing gift, simply by listening to our own inner voice.

Mary Ann has worked for some of the top PR firms in the world, including Ketchum Public Relations, Hill & Knowlton and Rubenstein Associates, where she represented the author Danielle Steele, as well as many other clients.

She was also the Director of Global PR for the pharmaceutical company Pharmacia & Upjohn, and has been the president of Bohrer Public Relations for over a decade, representing numerous clients including Pfizer, the NFL, Home Box Office, Johnson & Johnson, the Miss America Organization, Children’s Miracle Network and the Pittsburgh Penguins.

In The Gift Within Us, Mary Ann explores the subject of intuition through interviews with scientists, paranormal researchers, and 33 highly gifted intuitives from around the world who share their stories in individual profile chapters. Ultimately, we learn that every individual has access to this amazing divine wisdom simply by listening to our own inner voice. The process is simple, but the rewards are profound.

According to research, people are increasingly identifying themselves as “spiritual but not religious,” yet they don’t know how to satisfy their yearning for greater spiritual connection and understanding. In this insightful and groundbreaking book, the author outlines six simple steps to accessing our own inner voice, so that each and every one of us can tap into this incredibly powerful form of communication and divine guidance, The Gift Within Us.

“Some of the most successful people, they get that sixth sense about something and they follow it. And that’s something that we’d all be wise to pay attention to.”  –  Mary Ann Bohrer