119: The Courage to Create an Expanded Life with Chris Burres, Dr. Patrick Wanis, and Sandra Rogers 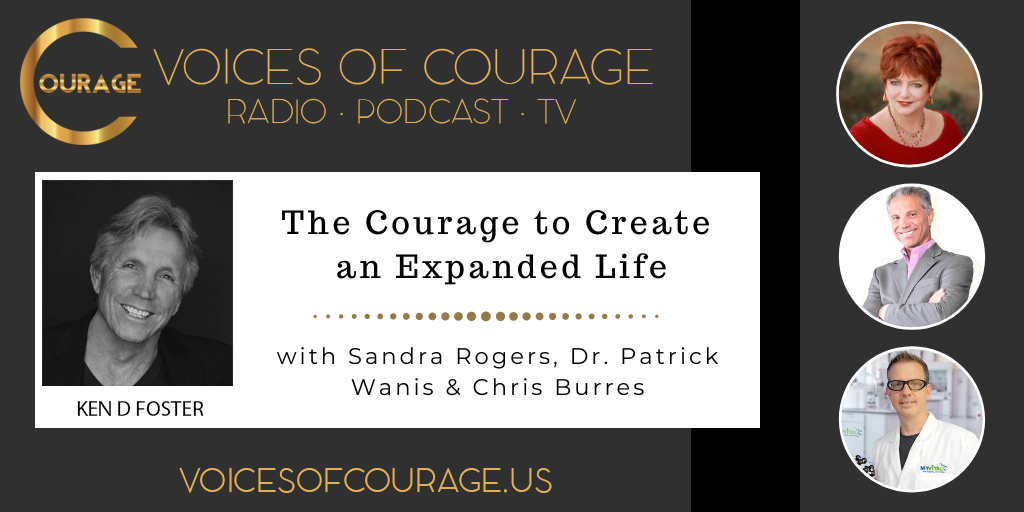 Today we discuss stepping into our power, taking control of our thoughts, and expanding what we think is possible.

My first guest, Dr. Patrick Wanis, is a world-renowned Human Behavior Expert who is recognized for his Subconscious Rapid Transformation Technique, designed for trauma, PTSD, and other behavioral and relational issues. He joins me today to discuss how we can neutralize and effectively respond to the emotions that are holding us hostage and learn how to break the cycle of stress and sleeplessness that could be damaging to our health.

My second guest, Chris Burres, is a scientific researcher who has pioneered the use of an astonishing molecule called ESS60 that has amazing properties, which include enhancing sleep and boosting immunity. He joins me today to share the shocking story of how this molecule’s abilities were discovered by a Nobel Prize team, what role he’s played in its advancement, and what its implications are for human health and longevity.

My third guest, Sandra Rogers, is a licensed psychotherapist who has written a book on the emerging Queen Archetype as a new developmental stage available to women at midlife. She joins me today to discuss the evolving archetype of the Queen, a stage in Midlife between the Mother and the Crone, and how to go body the limits of age and experience and fully embody her energies through the chakra system. 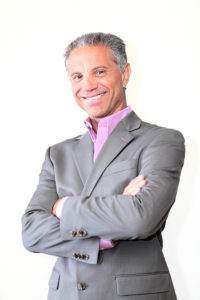 Patrick Wanis Ph.D. is a world-renowned expert on behavioral therapy and specializes in the areas of sexuality, interpersonal relationships, trauma, and human motivation. His insights into relationships, hypnotherapy, and human behavior have been featured on global news outlets such as BBC, MSNBC, FOX News, HLN, and CNN.

Much of his work has focused on examining the role of the mind, body, and physiology on behavior and psychological functioning. Wanis is the first person to do clinical hypnotherapy on U.S. national television, and he has developed multiple online psychological and behavioral assessments.

He is the creator of SRTT Therapy (Subconscious Rapid Transformation Technique) designed for trauma, PTSD, and other behavioral and relational issues. Wanis continues to teach it to other practitioners.

FOXNews.com and CNN.com have published various opinion articles by Wanis. Wanis has also published books on human behavior, relationships, the mind, and personal development. Over five million people have read his books in English & Spanish.

In 2017, Wanis released his new 8-hour audiobook, “Get Over Your Ex Now!” and created an in-depth online survey on relationship breakups with 8 key markers, again generating a personalized report with advice and action steps. Over 4,000 people have taken the ongoing survey.

During the Covid-19 Pandemic of 2020, Wanis has created an ongoing series of videos designed to help people to get through the crisis: Overcoming sadness, anxiety, apathy, lack of motivation, teaching/schooling children at home (guilt, self-doubt), working from home (scheduling, routines, self-discipline), uncertainty, loneliness, sleep disturbances, loss, and more. https://www.patrickwanis.com/ 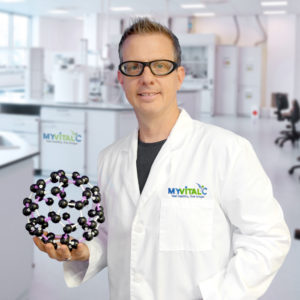 Chris Burres is a research engineer and scientist whose primary mission is to help people live longer, healthier, pain- free lives. Burres has a diverse background in the field of inventions, manufacturing, and internet technology.

With a BS in Mechanical Engineering (Minors in Computer Science and Math) from the University of Houston, Burres is a co-inventor of patents related to the use of explosives in downhole oil well drilling, a co-inventor of the most efficient fullerene manufacturing equipment in use since 1991, and co-owner of a company that manufactures a unique product containing a Nobel-Prize winning molecule that has been shown to extend the lifespan of test subjects by 90%.

In 1991, Burres co-founded SES Research, the first company to deliver commercial quantities of Carbon Nanomaterials. In 2012, his company provided the raw ingredient, ESS60, to a group of researchers which ultimately led to the longest longevity experiment known to man.

In the now-famous study, referred to as the “2012 Paris Baati Study,” the test subjects, rats, lived 90% longer than the control group and unlike the control group, none of them died with tumors. This Nobel-Prize winning molecule began to quickly produce tens of thousands of testimonials from users and inspired Burres to fulfill his mission to help others to live pain-free, healthy lives, or as he likes to say, Live Beyond the Norms.

He has made a conscious choice to increase awareness of this product, throughout the United States and beyond. In an effort to expand the knowledge around his company, he is currently working with Oura Ring and they are jointly conducting studies to verify the positive impact the MyVitalC formulation has on sleep as already reported by many of the formulation users.

Burres’ interest in health, as well as safety, extends to technology – he co-wrote the health care app that Harvard medical school declared to be the most accurate online symptom checker available, and he wrote the software program for a manufacturing plant that provides a solution to the aging 2.4 million miles of pipeline which is rapidly approaching its viable lifespan and possess severe threats to our safety.

Burres is a charismatic and engaging presenter and speaker; he is the co-host of the most popular SEO podcast on iTunes with over 4 million downloads since 2009, and he performed on stage as a professional improv artist for 5 years, entertaining audiences weekly at Third Coast Comedy in Houston, Texas. He has also been playing soccer for over 25 years; he played semi-professional soccer and was the Player/Coach for the University of Houston Soccer team.

Burres is also co-founder of eWebResults, one of the largest digital marketing agencies in the 4th largest city in the US, Houston, Texas.

“Your emotions determine your actions, and then that, in turn, determines your results.”  –  Chris Burres 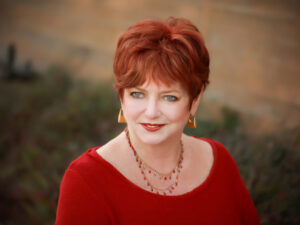 Sandra Rogers is a licensed psychotherapist who has written a book on the emerging Queen Archetype titled, Inviting the Queen: An Emerging Archetype for Women at Midlife, as a new developmental stage available to women at midlife. By aligning with this archetypal energy, women can access their now highly developed power and skills to enhance and deepen their lives.

Through her professional career, workshops, and her book, Sandra is committed to helping you overcome the obstacles and challenges that are preventing you from reaching your full potential and to help you lead a satisfying and fuller life.

She first entered her own therapy in 1990, as a result of being diagnosed with depression. Looking back after a year of weekly sessions, Sandra was struck with how it helped her understand what had not been clear before–things like why her mother’s love for her so stingily given, and how had that affected her finding the love of a good man, and her own love for herself. Sandra found that she was now making real and rewarding changes in her life.

After another year of therapy, she began to imagine what it might be like to be the kind of therapeutic companion and guide to others that her own therapist had become. The following year, Sandra enrolled in graduate school to pursue a Masters’s in counseling psychology from Pacifica Graduate Institute.

It was a long, arduous road from graduate school to an internship, passing the tests for licensure, to finally becoming a licensed therapist (for Sandra, an 8 1/2 year process), all while working full-time.

Now, nearly 25 years later, her love for the healing power of psychotherapy has not changed. Sandra still believes it is one of the most powerful ways we have to help us begin to know ourselves on a deep level and to heal the old wounds that keep us from finding the best in ourselves and accessing it.

“Work on your own power, your own sense of being powerful, and use it. By having our own personal power and believing in it, we can make all the difference. So, claim your power, it is yours.”  –  Sandra Rogers