147: The Courage to Change Your Course with Teri Smith-Pickens and Eric Moseley 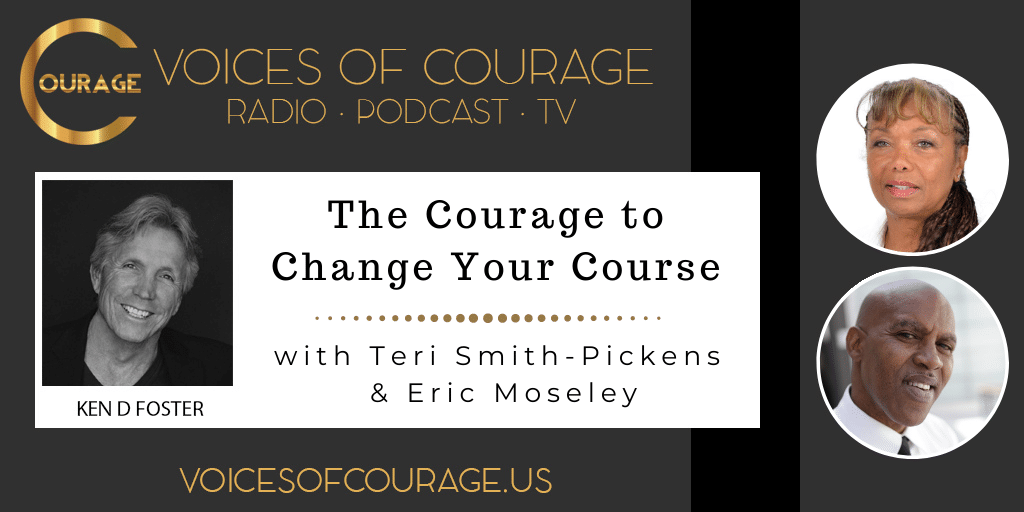 Today we discuss the courage to change your course, release fear-based thinking, and move forward with your dreams.

My first guest, Teri Smith-Pickens, is an award-winning and best-selling author and speaker, mental health practitioner, and coach who has inspired and transformed many lives through her coaching, speaking, and media appearances. She joins me today to share how childhood fears can go awry, the dangers of living in survival mode where we remain in bondage to our anxiety and fears, and the restorative qualities parents can use for parenting in a new way where we work to protect our children from their “irrational” fears so that their primitive brain does not become frozen in survival mode.

My second guest, Eric Moseley, is a social impact documentary filmmaker/homeless advocate, actor, director, author, and businessman who dropped out of school and became addicted to drugs, but used his shortcomings to become a motivation for those who don’t have the inspiration to continue on with their dream, no matter what the circumstances. He joins me today to share his story of overcoming both homelessness and a serious drug addiction, and how he was able to start his own production company and other successful endeavors while still being homeless.

“You have to raise your children away from fear. You have to know the fears that are coming into their lives. You have to protect them from that moment where their primitive brain can become frozen in a protective posture, which is what we call survival mode.”  –  Teri Smith-Pickens 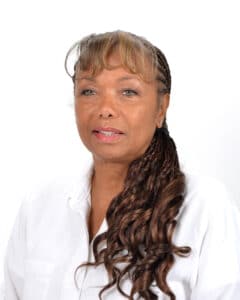 Teri Smith-Pickens is an award-winning and best-selling author and speaker, in addition to her work as a mental health practitioner and coach.

She has inspired and transformed many lives through her coaching, speaking, and media appearances.

In 2007, Teri had a supernatural revelation that changed the course of her life, giving her unerring courage to confront important, controversial mental health issues in children’s lives and the society at large, giving birth to her book, The Fear Cure in Four Miraculous Steps.

The Fear Cure tells what happens to a mind already filled with irrational fears and chronic anxiety when it encounters the rational fear of a Pandemic. It unmasks the myth of addictions and gives a deeper understanding of what you face and how to cure it.

The Fear Cure is about childhood fears gone awry and teaches parents the restorative qualities of parenting in a new way.

This prophetic book tells that it is not God’s plan for you to live in your primal brain and remain in bondage to your fears. He wants you to put on your Spiritual anchor which will liberate you from all fears and anxiety and take you out of living in Survival Mode. 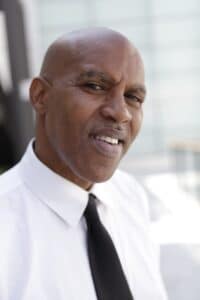 Eric Protein Moseley is a social impact documentary filmmaker/homeless advocate, actor, director, author, and businessman who grew up in Detroit, Michigan, dropped out of school, became addicted to drugs and other things, and used his shortcomings to become a motivation for those who don’t have the inspiration to continue on with their dream, no matter what the circumstances.

Eric’s production company, Skid Row Journey Productions, is named after a documentary and the experience of Eric Protein Moseley.

In 1993, Eric and his daughter Erica experienced homelessness all across the country (including on skid row). Those ordeals allowed him to see firsthand what it was like living on the streets of Los Angeles.

After producing his first underground film, Skid Row Journey, Moseley was allowed to surface by being involved in a homeless film titled Down But Not Out which aired on several PBS stations across the country and on other stations around the world.

Moseley was also involved with other documentaries for which gained national attention and are in world distribution.

“Just keep your head up. Keep doing positive things and have faith, have courage, and never give up.”  –  Eric Protein Moseley