160: The Courage to Change it Up with Tom Cridland 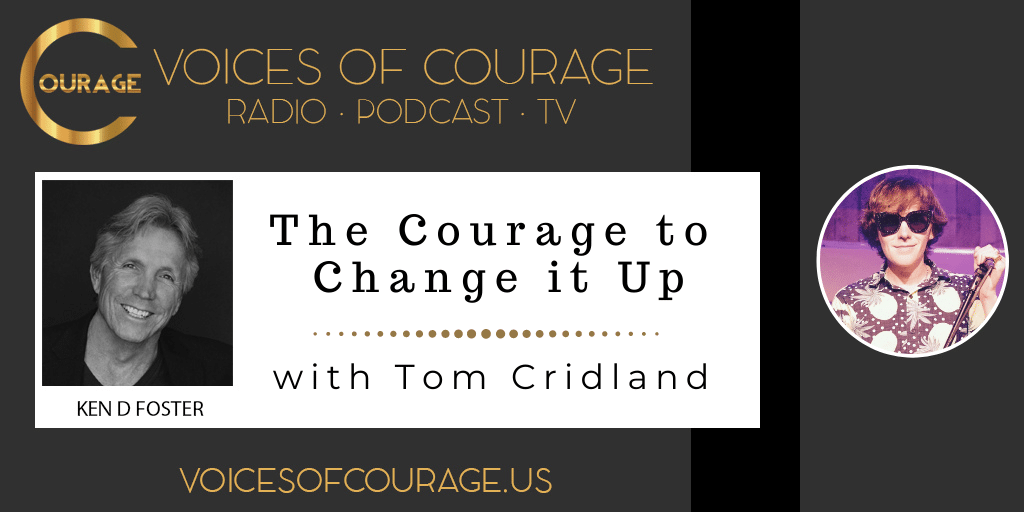 Today we discuss the courage to change it up and live an extraordinary life.

How old is too old to start a new career? My guest, today, Tom Cridland, who is a singer-songwriter, fashion designer, podcaster, and entrepreneur was inspired to start his career in music by his friend, Nigel Olsson, Elton John’s legendary drummer, at the age of 28. Like Nigel, he started learning drums by ear, then started writing songs, and got encouraged to sing them himself by Kenji Suzuki of Simply Red. Tom joins me today to share how he was able to step out of his comfort zone and find the courage to change up his life in his late 20s by giving up drinking and taking the chance on a new career in music, which was something that he always had an interest in but never took action on.

“My goal is to write songs that have great melodies and bring people joy just by putting them on, listening to, and appreciating them. But, if I can also give hope and encouragement through my message of taking up music versus binge-drinking myself to death, then that’s a very good thing, too.”  –  Tom Cridland 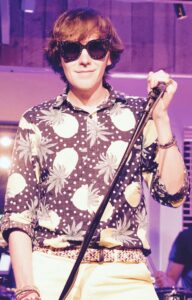 Tom Cridland is a singer, songwriter, and piano player. He was inspired to start making his own music by a childhood obsession with The Beatles and the career of his friend, Nigel Olsson, Elton John’s legendary drummer.

Like Nigel, Tom started by learning drums by ear. He then started writing songs and got encouraged to sing them himself by Kenji Suzuki of Simply Red. On his first tour, in 2019, he played a gig in all 48 contiguous US states. He had a complete inability to decide on a genre when he started writing songs in 2019, so he prolifically recorded over 100 of them, encompassing many genres: pop, soul, disco, and rock n’ roll.

Inspired by Elton John, Tom switched from drums to playing piano when he writes, records, and sings. Tom’s music has caught the attention of the legendary Philadelphia band, The Stylistics, who have invited him to open for them on their upcoming UK tour in 2021.

Tom designs clothing to last longer and be treasured, in direct contrast to the fast fashion philosophy that has become so prevalent in modern culture. His sustainable fashion innovations have taken his brand, founded with just a £6,000 government start-up loan upon his graduation from University, to having customers on every continent, being named a Fortune Cool Company, and being included on the Sustainia100. Tom’s designs are all backed with a signature 30 Year Guarantee to underline his sustainable ethos, intended to encourage you to buy better quality garments and hold onto them.

“You should always have faith in yourself. No matter what, you should always persevere if you believe that you were meant to do something. Work extremely hard at it and be honest with yourself about how hard you’re working. Never complain if you know in your heart of hearts that you haven’t put enough effort into achieving what you want to. I also think that being genuinely modest as much as possible is a really good trait. Don’t get too conceited when things go well.”  –  Tom Cridland