166: The Courage to Become Stronger and Stronger and Be Kind and Powerful with Emme Lentino and Dr. David Fryburg 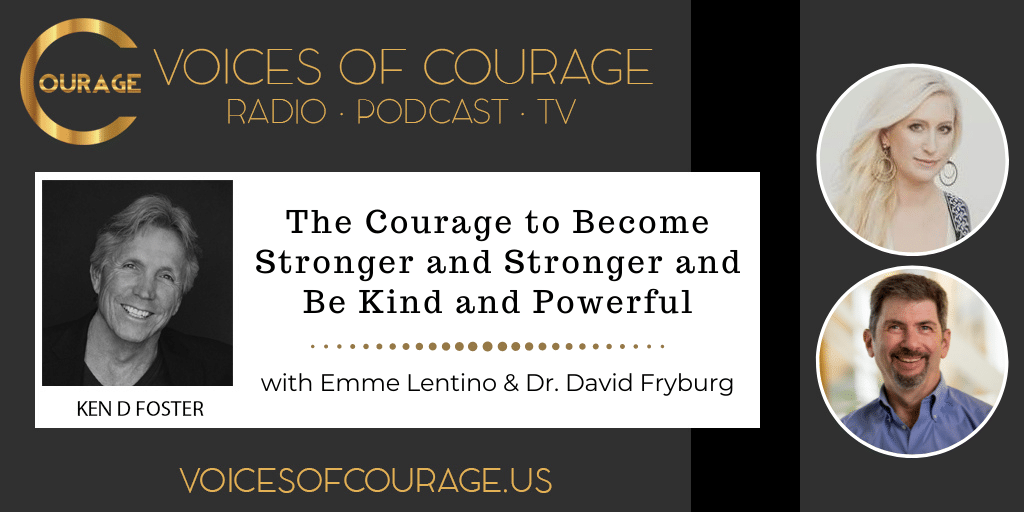 Today we discuss the courage to be strong and resilient, overcome difficulties, and use kindness to inspire, connect, and heal.

My first guest, Emme Lentino, is a famed singer-songwriter and genre-blending musical powerhouse who is currently making waves worldwide with a sound that encompasses Pop, Americana, and Country, featuring a steady stream of feel-good hooks. She joins me today to discuss how she was able to find the strength to rise again after the death of her beloved husband and discover her purpose as an artist. Emme believes strongly in the message of hope and healing for others and talks about her new breakout single, “Oceanside,” which is an impassioned soundtrack to our trying times, a panacea of escapism with a palpable heart and soul.

My second guest, Dr. David Fryburg, is a physician and scientist, author of the Psychology Today blog series, “The Science of Kindness,” and co-founder and President of Envision Kindness, a not-for-profit organization that creates, studies, and distributes kindness media to promote caring, connection, and happiness. He joins me today to discuss how negative images and news are affecting the nation’s psyche by rapidly inducing stress, anxiety, and depression. Dr. Fryburg shares how exposing people to images of kindness, compassion, and humanity can improve mood, uplift the spirit, build resilience, and decrease the impact of stressors.

“You are loved just as you are. You are a perfect work of art.”  –  Emme Lentino 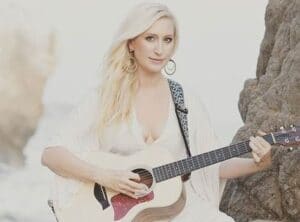 Hailing from the United States, singer-songwriter Emme Lentino has spent time living in Oregon, Seattle, New York, and California before settling in New Zealand. The famed singer-songwriter is currently making waves worldwide with a sound that encompasses Pop, Americana, & Country.

This genre-blending musical powerhouse recently topped Australian radio charts with her latest single “Some Other Girl,” which is also in steady rotation on MTV Australia and climbing the charts in America and the UK. Emme truly makes music worth getting lost in.

With a voice that sits comfortably between Stevie Nicks and Norah Jones, Emme has established a firm global presence and loyal fan base. Featuring a steady stream of feel-good hooks, the mesmerizing pop-leaning new single “Some Other Girl” is written from a teenager’s perspective that came directly from the pages of Emme’s own high school journals. Rather than focusing on teenage heartache, she instead serves up a message to girls and women about rising up, not giving up or giving in, and becoming who you are meant to be…all served up with red heels, swagger, and top-shelf guitar.

Later this month and just in time for Christmas, Emme is set to debut her cover of the George Michael classic “Last Christmas.” To record the iconic song, she flew to the UK to record with iconic producer Al Clay (Pink, Adam Lambert, Backstreet Boys, Stereophonics) and recorded the vocals with the original George Michael backup singers at the world-famous Metropolis Studios. Emme’s version is a powerful interpretation all her own, maintaining the song’s melodic beauty and strength while adding her own expressive and commanding vocal.

Following the shock passing of Emme’s beloved husband after a battle with cancer, it was music and family that became her protected sanctuary. Emme’s focus was devoted to raising her two young children and to singing, which truly surfaced the healing powers of music and her purpose as an artist. Emme says, “I want to uplift, empower, show kindness and love, and most of all hope to the masses. I am on a mission to bring a movement of hope to the world. Because I believe that no matter what we face, we can survive, thrive and help others. It is in helping others that we find purpose and identity.”

Emme is rapidly gaining popularity for her touching and empowering ear-worm songs that have become ‘anthems of life’ for her diverse fans. She is also finding attention in the music community for her dedication in drawing attention to fellow indie artists and spotlighting their new music through her Heart of Indie Radio as the co-host of the Eddie & Emme Show. As an actress and voice actor, she recently starred in ‘Isolation The Series’ (UK comedy web series directed by Steve Leeds).

On the silver screen, she has served as Executive Producer for several indie UK films and has lent her musical prowess to scoring short films. Emme has her ear to the pulse of breaking new music and has cultivated a much-lauded awareness for fellow indie artists.  She utilizes her respect in the music community and her capacity as Co-Host of the popular Eddie & Emme Show on Heart of Indie Radio to draw attention to indie musicians.

As a songwriter, Emme is a true storyteller with her intimate and impactful lyrics. However, she is not restricted to music, as she has starred in successful Broadway productions as well as establishing significant artistic collaborations including working with DJ/producer Vasili Gavre, writing, recording, and performing a song for the Victoria’s Secret national BIOFIT campaign. She has appeared on TVNZ Good morning show, The AMC channel, Hotel Cafe (Los Angeles) Piano’s & The Bitter End (NYC), Musexpo with A&R Worldwide, and performed for over 4 million V8 Supercars fans. She was also recently featured artist on Skysport and performed at The Tamworth Country Music Festival in Australia. 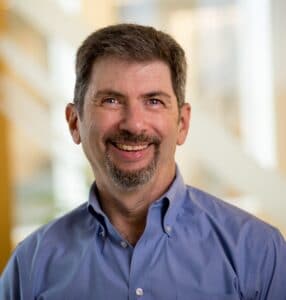 David Fryburg, MD is a physician and scientist and the author of the Psychology Today blog series “The Science of Kindness.”

He is the co-founder and President of Envision Kindness, a not-for-profit organization that creates, studies, and distributes kindness media to promote caring, connection, and happiness.

Dr. Fryburg was formerly a faculty member at the University of Virginia School of Medicine, former global translational medicine head for cardiovascular, metabolic, and endocrine diseases at Pfizer, and a consultant and team lead for Foundation for the NIH biomarkers Consortium.

He is the author of multiple peer-reviewed scientific papers (including on kindness media), and the recipient of many grants and awards. Dr. Fryburg studied at Johns Hopkins University and Albert Einstein College of Medicine, and trained at the University of Texas and Yale University.

“If we create positive connections, we have support. That support then buffers, stressors. That stress reaction, or response, is buffered, is diminished, by feeling connected to others. It’s relationships that matter and kindness itself promotes relationships. Connection becomes a primary need, and when we’re connected, we don’t react as much–things don’t bother us as much.”

“While the news is important, and I’m not saying that we should avoid it, we have to have balance. We have to have the things that help us reconnect to our humanity.”  –  Dr. David Fryburg

Check out the videos below to watch our interviews: