142: The Courage to be a Trendsetter with Bel Hernandez Castillo, Marabina Jaimes, and Dr. Jason Selk 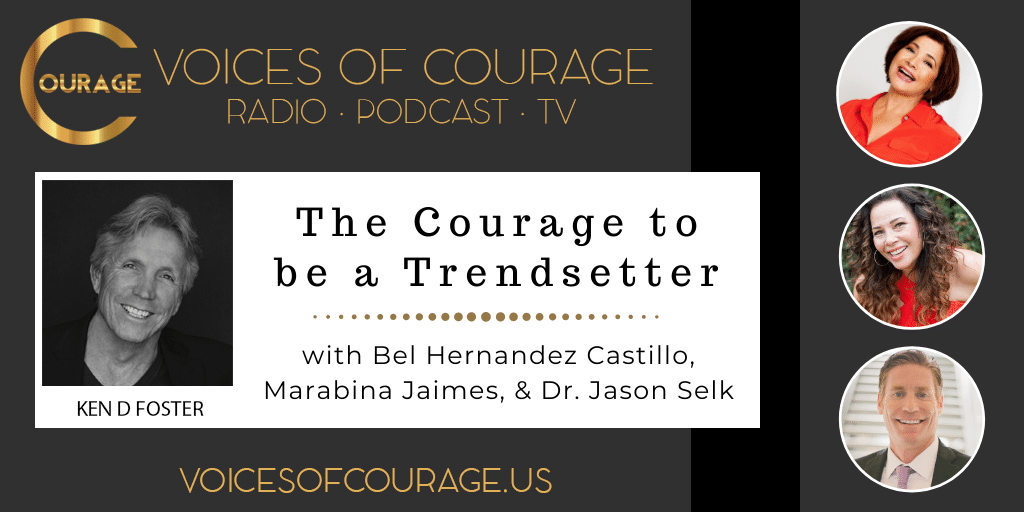 Today we discuss the courage to be a trendsetter and how we can increase our health, happiness, and success.

My first guests are Bel Hernandez Castillo, President/CEO of Latin Heat Media, LLC, the first entertainment trade publication focused on Latinos in Hollywood, and Marabina Jaimes, Emmy award-winning actress/producer, Bilingual Voice Over Artist, and Bilingual Voice Over Coach. Together, Executive Producer, Bel Hernandez Castillo, and Producer, Marabina Jaimes, co-host the award-winning show, TheTRENDTalk. They join me today to share how the show shines a light on trending topics, highlights Latino accomplishments in TV and film, and features segments on entrepreneurs, influencers, and an array of remarkable individuals who are making a positive impact in today’s society.

My third guest, Dr. Jason Selk, author of Relentless Solution Focus, is one of the nation’s premier performance coaches and has worked with business titans and superstar athletes, helping them develop mental toughness and increase their confidence and focus. He joins me today to discuss how negative thinking and pessimism can undermine our health and success, and shares how we can retrain our minds to shift from problem-centric thought (PCT), or mental weakness, to having relentless solution focus (RSF), or mental toughness.

“How we change the narrative is by the images that we see. We introduce all that we are, not just the stereotypes that you get on television.”  –  Bel Hernandez Castillo 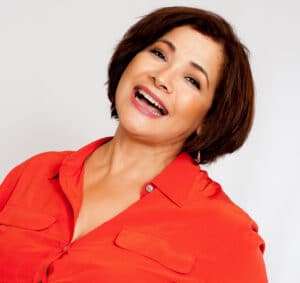 Bel Hernandez Castillo has over twenty-five years in the entertainment industry, first as an actress then transitioning into entertainment media as the founder of the first entertainment trade publication focused on Latinos in Hollywood, Latin Heat Entertainment (www.LatinHeat.com).

Under the umbrella of Latin Heat Media are LatinHeat.com, TheTRENDTalk Show produced by Latin Heat Productions; and the streaming platform www.LatinHeatCinema.com.

For six years, she produced the Latin Heat Entertainment Conference, working with the highest level of industry participation from Hollywood’s studios and networks. Her work led to her being named “The Godmother of Latino Hollywood” by MovieMaker Magazine.

She was invited to serve on the prestigious Peabody Awards Board where she served for six years, the last year as the first-ever Latina/o Chair of the Board.

She is the executive producer and co-creator of three TV talk shows with all Latina hosts, including Let’s Talk, HOLA LA! on CBS2, and the TheTRENDTalk, currently entering it’s 4th season on the MeTV Network.

Bel Hernandez Castillo has garnered a reputation for being an expert in the field of Latinos in Hollywood. She has consulted for The Hollywood Reporter on their MIP special issue, Hispanicize, NCLR ALMA Awards, Mun2, The Irish Filmmaker Company, Miller Beer, Oscar Night America, Portland State University, Los Angeles Latino International Film Festival, Cal State L.A., and many others. 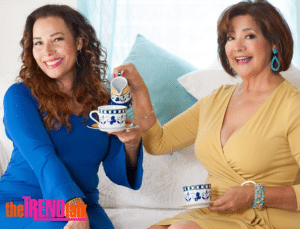 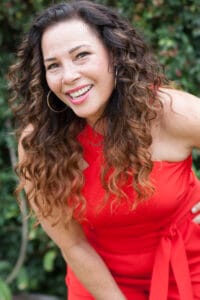 Emmy Award Winner, Co-host, and Producer of the Award-winning “TheTrendTalkShow,” her collaboration with Bel Hernandez oﬀers almost 100 episodes of in-depth interviews with actors, celebrities, influencers, cultural icons, and trendsetters in the arts, finance, fashion, and sciences delivered on television and all social media platforms.

Marabina is a multifaceted performer of Stage, Television, and Film whose Theatrical credits include The Taper, The Kennedy Center, The Montalban; TV – Criminal Minds, East Los High, Showtime’s SMILF…and PBS’ “STORYTIME!” as MARA for which she is best known.

A versatile Bilingual Voice Over Artist, she has worked on Cartoon Series, Animated Features, Episodic TV (Santa Bugito, Rugrats, Coco, Spies in Disguise), and 100’s of commercials (Ikea, Wells Fargo, McDonald’s, DirecTV). She is the Narrator and main focus of the acclaimed documentary NOW EN ESPANOL (PBS) about dubbing Desperate Housewives in Spanish for 8 years and the Trials and Tribulations of the LatinX actress on Hollywood.

Marabina is a respected Bilingual Voice Over Coach where her virtual students thrive in all aspects of V.O. from Commercials to Animation through her partnership with Tito and Dantonio Alvarez at AcademiaDeLaVoz.com.

As a producer/actress she has worked on Two Feet In (2020 Omni Culture TV Fest Oﬃcial Selection, picked up by ShortsTV), Together Alone (ShortsTV), and the upcoming Film Anthology Covid19: Sins & Virtues. However, her greatest production is 18 years old and a Trojan at USC!!

“Find the funny. Make yourself laugh. Even when things are strange, it’s OK to take a breath and laugh about it.”  –  Marabina Jaimes 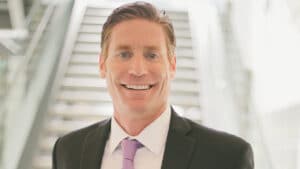 Dr. Jason Selk, author of RELENTLESS SOLUTION FOCUS, is one of the nation’s premier performance coaches and has worked with business titans and superstar athletes.

As Director of Mental Training for the St. Louis Cardinals, he played an important role in the team’s first World Series victory in more than twenty years in 2006, and their second in 2011.

Dr. Selk, who earned a Doctorate in counseling and sport psychology at the University of Missouri, is the bestselling author of Executive Toughness, 10-Minute Toughness, Organize Tomorrow Today, and Lead Any Team to Win.

In addition to working with world-class athletes, Dr. Selk helps business leaders, executives, and top salespeople develop mental toughness, increase confidence and focus, and substantially grow the bottom line. More importantly, he helps his clients achieve life balance and health, because people who are happier are the ones who are most successful. 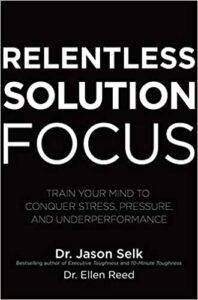 “The more you focus on the negative, the more problems you’re going to have. We can retrain our minds so that problem-centric thinking (PCT), or mental weakness, goes away and relentless solution focus (RSF) becomes the norm. Three minutes or less a day, anyone can become mentally tough.”  –  Dr. Jason Selk