Today we discuss the courage to be a hero.

There are a lot of different ways to describe heroes, but I believe that one of the main qualities they possess is courage. They have the courage to be open and receptive to change and new ideas.

When we open up our minds, we are able to tune into ourselves and receive new information, be led to new opportunities, evolve our thinking, and transform how we are showing up as a person.

With courage, we are able to heal ourselves, change our consciousness, and become a hero in our own lives.

Today’s guest, Yoichi Utebi, is the Happy Science Media Division Producer and Vice President of HS Productions. He joins me today to share what Happy Science is and how we can overcome hardships and heal and transform ourselves by connecting to a higher consciousness.

Yoichi also discusses the new Happy Science movie, “Immortal Hero,” that is based on a near-death experience of Master Okawa and the will he exerted to thwart death, and its significance for the world.

“There are so many tangible things in this world today that sometimes you kind of get lost. But the most important happiness is within yourself. If you don’t have the happiness in you, you’re not happy.”  –  Yoichi Utebi 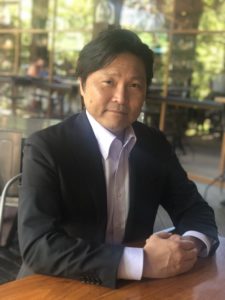 Born in Japan in 1968, Yoichi Utebi grew up in Beirut, Lebanon, and New York City.

Raised in a rare Japanese Christian family, he was deeply touched by Muslim culture and the beauty of Lebanon during his formative years in Beirut.

However, the Middle East also exposed Utebi to the horrors of war, as he and his family dodged bullets and bombings before fleeing to London and back to Japan, leaving everything behind in a sudden evacuation.

In the 7th grade, Utebi moved to New York for 10 years, where he was exposed to friends from multiple cultures and ethnicities.

His rock band produced a popular album and gained quite a following in the city before Utebi decided to forego his musical pursuits and return to Japan.

After 12 years of experience in marketing and senior management at various American IT companies in Japan, Utebi joined Happy Science in 2010, where he quickly rose to Director of International Communications.

Utebi is currently leading Happy Science’s International Media Division and is the Vice President of HS Productions and producer of “Immortal Hero.” 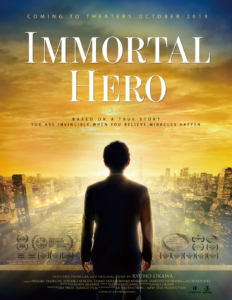 “Despite all the differences we have – ethnicity, gender, beliefs, philosophies, education – it doesn’t matter. Wherever you are in the world, we can all be together as one.”  –  Yoichi Utebi 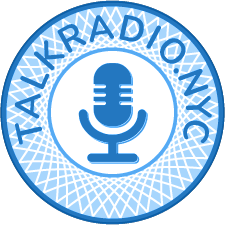