The Spirit of Triathlons 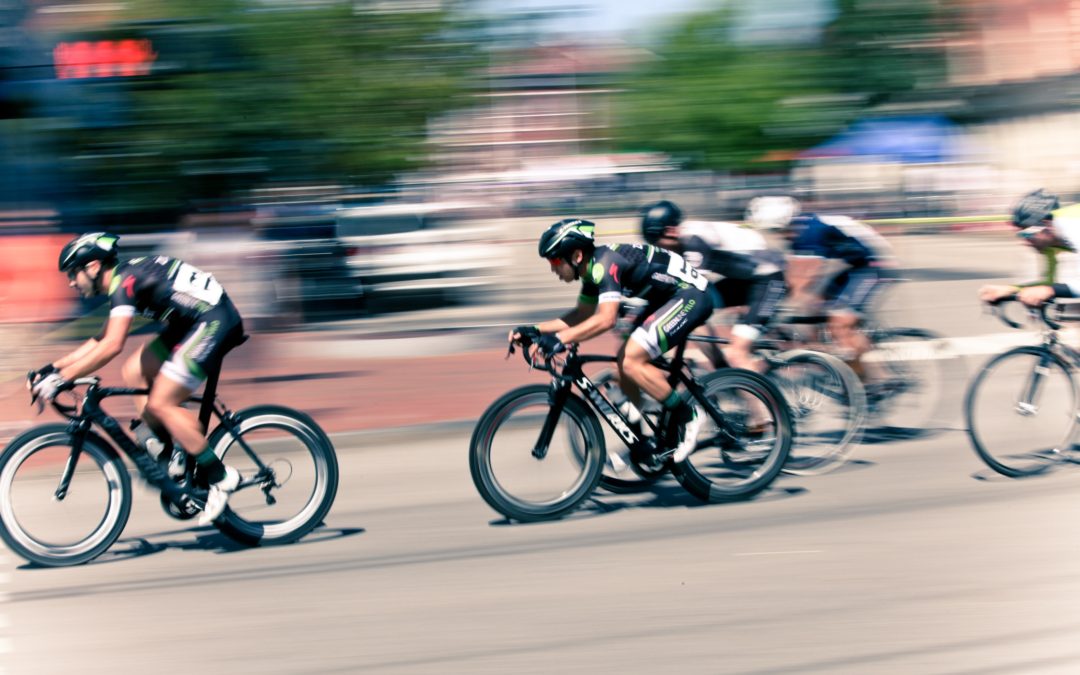 Several of my friends and associates don’t get it! They wondered why in the world would I put myself through rigorous training and spend hours of my time to become a triathlete?

The answer may surprise you! 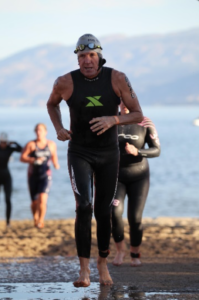 Since I was a young boy, I have had one quality that seems to stand out above the rest – courage. In my younger years, I was reckless with my courage by being brave in the face of imminent danger and not realizing the consequences.

But, over the years, I have brought together wisdom and courage which has helped mold a successful life by developing myself and expanding what I have thought was possible.

I didn’t start out doing Triathlons. In fact, it never crossed my mind. I was 42 years old and had not exercised on a regular basis in years.

One day, I was inspired by a friend to start walking daily. That led to increasing the speed of my walking over a period of months. Soon I decided to start running.

At first, it was a struggle to run even a mile, but I was determined. A couple of years later I was running 5 miles every other day, and another friend mentioned a half-marathon race in San Diego. I saw myself accomplishing this, so I signed up.

Then the real fun began!

I will never forget mile nine of that first half-marathon. Every negative belief about myself, my family, my health and my life came to me at mile nine. I was ready to give up; then I started affirming something like, “I am a marathoner, never-ending energy.” I repeated it over and over until the voices of negativity were out of my head.

It was a profound transformation between mile ten and the finish.

I found the energy and motivation to complete the race in record time, (Lol – it was my first race, so it was my best time to date!), but more importantly, I found I was in charge of the voices in my head. This may not be profound to many, but for me, I learned the secret to the inner game of sport. 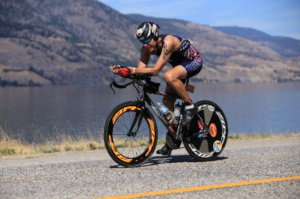 As I progressed, I found my way to combine biking with running, and then eventually swimming. It was then that I set my intention to find a mentor. Shortly thereafter I met my mentor, Scott Ensley.

Indeed, I was blessed because this guy had participated in more than 500 triathlon events and won a couple of national titles.

Now it was time to change most everything I was doing, and Scott showed me how. 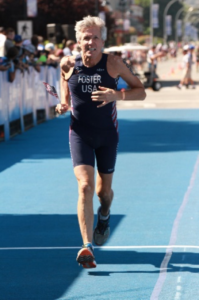 The first thing I did was connect deeply with my creator because nothing significant has ever happened to me without Spirit guiding my way. Next, I got clear with my purpose for doing triathlons.  I thought about the reasons I started working out.

First came the superficial reasons, such as lowering my blood pressure, relieving stress, and setting a good example, but these didn’t light my fire.

So, I asked, “Why is it essential for me to do triathlons?”

I started getting in touch with the soulful reasons. I realized that I wanted to know the principles of success, not only in doing triathlons but in all areas of life.

I wanted to know myself at my core and what I could accomplish in the sport.

I chose to understand how my mind, body, and spirit worked together to overcome all obstacles standing in my way. Most importantly, there was a place in me that wanted to glorify my creator and become all I was meant to be.

Now I had the reasons to keep me going when things got tough.

Honestly, had I known how far out of my comfort zone multisport events would take me, I may have chosen another path, but since courage and persistence are two of my core values, I stayed on point and met each challenge with as much willpower and grace as possible.

Looking back, I realize there were many barriers to overcome.

The obvious ones, such as money, nutrition, pacing myself, bad weather, clothing issues, and safety in three sports. But, there were other issues that I hadn’t anticipated, such as planning for a triathlon race and balancing family, friends, work, and training, on top of learning technical skills in three sports.

Most importantly I needed to master my mind and emotions to stay competitive. 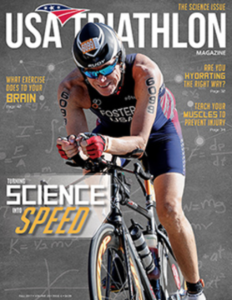 But, let me tell you, I am so happy I stayed the course!

In 2016, I qualified at a National Triathlon Event in Miami, Florida, and was one of eighteen participants in my age group to be invited to compete in the ITU World Triathlon Event the following year.

Then, in 2017, I was asked to join Team USA and compete in the World International Triathlon Union Championship in Penticton, BC.

I was humbled to compete with over 3,500 athletes from around the world.

All the training paid off, and I placed in the top ten in the world in my event, Aqua Bike.

Then, a few weeks after coming home, I received a call from my wife Judy and she informed me that out of the 3,500 athletes to compete they decided to use my picture for the cover of USA Triathlon Magazine.

God sure has a sense of humor!

There were many blessings along the way. I learned how to overcome any obstacle that came my way in this sport. I overcame bone fractures, sickness, and a lack of time, energy and money.

I became much more aware of how the body, mind, and spirit work together. I met many new friends along the way and had so much fun. I asked myself, ” Would you do it all over again knowing what you know today?”

The answer is, “Absolutely, yes!”

Triathlon is a great sport which has brought out the best in me, so why stop?! I am planning on being at the next world event in 2019 in Spain! 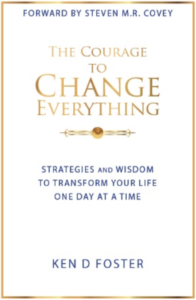 His seventh book is due out in September 2018, The Courage to Change Everything, Daily Strategies and Wisdom to Change Your Life One Day at a Time.